In the wake of the hysteria two weeks ago, I received an email from one of my clients that all outside contractors were on hold until further notice.  I had just played there so it was 1 of 2 concerts cancelled and thought okay its one place. and it would be on a place by place basis. Then I received email number 2 that they were on lockdown. Then number 3, number 4 and number 5. Luckily I got 5 concerts under my belt but its still 65% of my income that has been cancelled. I am a music practioner and perform concerts in Memory Care and other similar facilities. Us entertainers cannot work from home doing these specialized programs, so it's not like "hey here's a computer do your work." No we are specialized performers who give something to the world that can only be in person.

Ever since receiving that email I have been in a state of high anxiety. What are we going to do to pay bills, real estate taxes, everyday essentials? I started to talk about what the government could do with my husband and my friend Girl Scout mom who is an account. Reminding them of the Obama-era Stimulus that anyone who filed taxes was eligible? It was to help boost the economy. Obviously that is not the issue but those who are receiving any in-kind help from their employers — AKA Self-Employed — are at higher risk to lose more over time.

People forget when you are self-employed you don't have any sick days, vacation time, or personal days nor unemployement income to fall back on to recover from the uncertinatity of what could or can happen. It's a month by month basis and this income is most likely if not at all will be recovered.

It could and possibly be a TRUE LOSS for many of us.

Now this has extended to my entertainer friends who do the library and school circut...and now my friends who restaraunt work. This is hard. It hits our bank accounts, and all the things we work hard for to pay for life because we love what we do and can't do it. But it hurts our pride and feeds our anxiety.

I tried to make it to your funeral. I arrived before noon to learn it ended early.
I was upset because I really wanted to be there and to say good-bye. I guess the spirits said otherwise. I tried, I really did. I had two concerts this morning: in Long Grove and South Barrington ... so I wasn't even close. I would have made it 10 minutes sooner if it was for construction and street closing because of the rain and lights out and this and that. Although I didn't get to say good-bye I know its okay because its never good-bye.

I paid my respects to your parents and sister and we talked. I cried a little. However your sister said something that is probably true. I wasn't meant to see you as you were, but to remember you as you always was...the sweet Sam who always smiled and loved to sing! And wrote beautiful words on papers.

It must be true because during my two concerts, I thought about your and happy-go-lucky attitude and your laugh. I still hear your laugh. I played songs that reminded me of what the evolution of the place we all would gather and be.

Eric and I are celebrating 10 years of marriage today. I have been talking about it to my residents the entire month and I sometimes I can't believe the day is finally here. A week ago I said...a week can feel like 10 years. Did it ever.  I never thought I'd ever be married let alone for this long. Now I can collect his social security when I turn 67. He said that we are suppose to give each other something tin or aluminum. So I said, we can gift each other a can of soda; but instead we are going to have fun with a different type of metal tonight. \|m/

Marriage is hard work, much like a job, owning a house, raising a child, caring for your loved one. We have not been without the struggles of life and love, sickness and health, richer and poorer. Although Eric has been very much chronically ill for almost, if not all our entire relationship since we began dating 11 years. It never steered me away or scared me. I never faulted him because he has declined in the past 2 years. It has taken its toll on our personal relationship, financially and emotionally. We may not sleep in a bed together any longer or he sleeps most of the day.( At least I know where my husband is). His body may not function much of the time but when he has the surge to do something even if its kills him and he shot the rest of the week...I just continue to love him for who is he and what he can do. Sometimes we have to hate each other to love each other more. We can laugh about anything and be ourselves without inhibitions.

Last weekend you passed away at 5:30pm and I kept myself busy to not think of it but as always it hits later like a punch in the stomach.

Ten years ago we spent our last Mother’s Day together before you left this Earth three weeks later.

When I reminisced about my father on his 6th Anniversary of his passing last Wednesday, I didn’t expect the passing of two of his oldest friends to follow. I was doing well news trickled down that Marshall Brodien passed Friday then Johnny Thompson Saturday. It was a hard to accept that they had left this world to be with their mentors and friends.

Yesterday we said farewell to Marshall. It was a gathering of many magicians paying their respects to him and his family. I stayed for the Funeral Mass but I couldn’t stay for the luncheon and share memories. But my memories of Marshall would take up too much time. I was way too emotional as it was.

Last time I saw Marshall it was at his daughter’s funeral a few years ago. I came as a family friend not as a magician's daughter because my father and Marshall known each other their entire life.

I read through my friends posts about how Marshall helped them get their start in Magic but the story of Marshall and my dad was not like that. It was the other way around.

Marshall may have inspired many of the new and current generations of magic but who inspired him?

Marshall loved my dad. Their friendship had a new meaning about 20 years ago. He said his three favorite magicians and his heroes were : Jay Marshall, Jack Gwynne and DeYip Loo, my dad. Those three men meant the world to him.

It will be 6 years since the passing of my father at 3:30pm.

I remember we were at home, doing something with the living room, before getting ready to leave for Pepper Home.

Then the phone rang and the nurse said, "Your dad just passed away."

I stood there silent, not shocked, just silent.

It was a chilly day, like today, snow on the ground. We left soon after the call and spent the rest of the afternoon with him until the undertaker came and we marched down the hall with him in the quilt for those who left and the singing bowl in his honor. We had 13 extra days of goodbye's.

When my husband said Luke Perry had a massive stroke, I knew the exact thing he was talking about. Not many are fortunate to come out of a massive stroke. My dad was lucky.

I still believe he cheated Death.

And although 15 years later, it caught up to with him, first with a massive heart attack then another massive stroke leaving him in a catatonic state. He did live a very adventurous life.

He spent over 60 years in this county and doing many firsts. He was a paper son.
He came over as a Chin. He was handsome, had a flare about him. Also a temper.

I don't have to tell you his entire history, it's searchable to a point until my book is done. But he did lead a remarkable life.

Don't forget some of these... 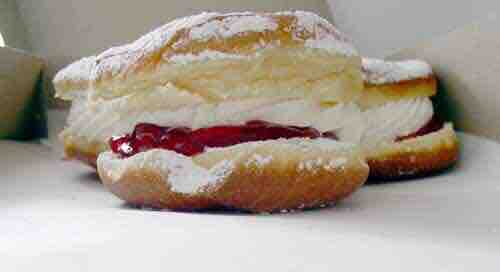 I've already been eating my fill, Just too good not too.

I decided to dye my hair purple to help raise awareness on a very rare condition called Multiple System Atrophy or MSA.

It's also so rare that when you type in MSA or Multiple System Atrophy in google,it doesn't have a sidebar of what the condition is to describe it.

My husband was diagnosed with MSA in September 2017. After 8 years of trying to understand why he had these sporadic and unusual symptoms his cardiologist sat with us asked what his neurological conditions were. We had already knew what his Autonomic dysfunction was. When he put them all in a list he said "I think you have Shy Drager." I asked, "Is that related to Pure Autonomic Failure" and he said "Yes." and continued on to say that his neurologist would have to confirm it. I messaged his neurologist who was the most compassionate and understanding neuro that my husband has seen talked about it and said it's also known as MSA. He wanted to have him have a PET scan nuclear but unfortunately  the insurance denied it because it is a controversial way to diagnose someone with Dementia. Dementia? What? OK lets back up.